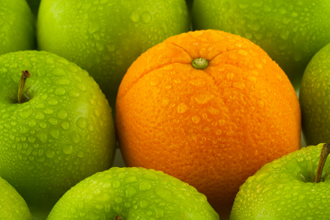 So I have to admit it, I am a technolust… If it involves technology I need to know about it. I would almost say it is an addiction, but not to the point where it’s an issue that I’m spending every penny on something silly just for the sake of having it. If it solves a problem that I face I want it! Mobile devices are one of my weak spots, I love it when new technology comes out, finger printer readers, face detection, gorilla glass. This is the kind of stuff that I live for, this is the future I used to dream of. When I was younger like around 14 I had a Radio Shack 64K personal electronic organizer in my pocket and wished I could do more with it like send messages to friends, receive calls on it.. etc. We are starting to live in that future that I dreamed of 20 years ago and I think that is what excites me the most. Yes I am a BlackBerry user so I don’t buy Android or Apple but I still admire what they do in their hardware because I don’t have a choice, I’m addicted to it! Now this mobile world is nice but it can have some dark alleys. You go down the wrong street and you can be attacked by Apple, Android, or even BlackBerry fan boys. They will attack you just for your liking a cretin devices throwing everything at you to prove their point including specs! I have no issues with them defending their choice but the thing the frustrates me the most is spec arguments..

Apple is know for controlling their entire device ecosystem, from the processor to manufacturing to the OS. Apple has 100% control over this. The reason they do this is because it gives Apple the ability to fine tune their OS to their hardware choices. BlackBerry is also in the same boat but they have to chose from existing hardware for their devices as they don’t make their own processors, they then fine tune their OS for that devices hardware choices. Android on the other had is an OS not a hardware manufacturer. For Android, they have to run an OS that needs to be open to hardware diversity or else no one will use it. This give both Apple and BlackBerry a slight advantage because they can fine tune their OS for their hardware. So even if you look at just this simple point it makes it hard to compare the Android OS to Apple or BlackBerry but let’s pretend they are all the same so we can try to compare them.

Lets compare 3 different devices that are roughly the same:

So as you can see from the chart above you can conclude based on their specs that the Note 4 clearly has every one else beat. So were done right? Android wins everyone else looses? This example shows exactly how the normal mainstream consumer, media outlet, and carrier salesman compare device A to device B and it is dead wrong to do so in my opinion!

Lets go back to why we use specs to begin with, the normal consumer knows nothing about technology they don’t have a clue half the time the difference between a memory and hard drive space. So when people like this make up 95% of your buying market how do you set yourself apart from your competitor? By using specs. For example:

All these things gives us, the consumer the capability of comparing Car A to Car B and lets the consumer decide what’s more important space or power in this case. Factors that come into play are “Do I need more room for more stuff” if so then Car B is your choice. “Am I always darting in and out of traffic and need to pass people quickly, do I like to have power under my petal?” then Car A is your choice and all this is because you have the numbers to compare Car A to Car B…. but what happens when both cars are not from the same manufacturer. Lets say that Car B is now from Mazda and Mazda invented a technology called Super Light Boot. The weight of the care is 25% lighter then comparative cars and Mazda invented a better transmission that increases power from an engine by 25%. Now try to compare Car A to Car B using just horse power… now those numbers don’t mean anything because Car B engine might be equivalent to 400 horse power engine once you take into consideration it has less weight to power has a better transmission.

This is exactly the problem that happens when you compare Apple to Android to BlackBerry, each has their own OS that talks to a processor and memory different. So treat the engine like a processor, yes if you take the processor/engine out based on speed alone, one has to be faster then the other,… but an engine/processor out of your car/device is not how you use your engine/processor. In the real world your engine/processor is in your car/device and controlled by You/your OS. So just using Processor speed to say which one is better cannot be used because different hardware that interfaces with the processor and tweaks and other hardware factors change how that speed/power is used. This means that you cannot use processor speed to compare two different devices on different platforms as to which one is faster.

Another example; So now lets assume we have an Android and a BlackBerry, both have identical specs, same processor, same memory, everything identical, the only difference would be the OS. If we use specs to compare them to each other they are equal right? Wrong again… the OS can make all the difference in the world! Car analogy again…. lets pretend that the processor is the car engine juts as before and the driver of the car is the OS. So in this example the cars would be identical but the drivers of the cars would be different. One driver is a race car driver, one driver is a normal everyday driver. To compare them we decide to race around the race track for 10 laps to determine who is faster. Does the engine have anything to do with who is better now? No because the engine is exactly the same now the driver is what matters. So if you were a betting man I assume you would say the car with the race car driver will do better then the other car. So now lets change it again assume that the car are identical but the engines…The race car driver is in a car with 350 horse and the normal guy is in in the car with teh 400 horse power engine. Now who will win? Again if I was a betting man I would say that driver experience would mean a lot more than horsepower (to an extent). see the point I am getting at? More doe snot mean better once you factor everything into the equation.

It is impossible to compare the hardware from one manufacturer to another one using just specs alone, you have to take the whole picture into account when comparing a device. So how can we do this? By using proper metrics to measure a devices performance based how a user might actually use the device. Some of these examples could be:

This is what consumers actually do with their device so why not use these numbers to compare them with? If Device A has the capability of using a slower processor but can do things just as fast as Device B then is it really worse because it has lower specs? Or is it in fact more efficient and will save on batter life because of this? So as you can see using specs when comparing different OS is a complete waste of time because the OS plays a huge factor in how they function. so if you don’t account for that then you are not looking at the larger more accurate picture.

With that said the next point is screen PPI, another baloney argument. The naked eye can’t see better resolution then 300 PPI according to Steve jobs so anything above that is a waste of money for that extra density and a waste of battery. So again we need better metrics how how to create a base line to compare these screens..

So I am done ranting now, take home… please stop using specs to try and win a who is better than who arguments. You cannot compare them and it’s a moot point to make. If Device A can do everything that Device B can do in aprox the same time this is what matters not specs! The only time where specs matter is storage and screen size. Storage is the same across all devices and you have a base to measure them all by, 16 GB is 16 GB no matter how you slice it. and for screen size 5 inches is 5 inches so hard to argue that…